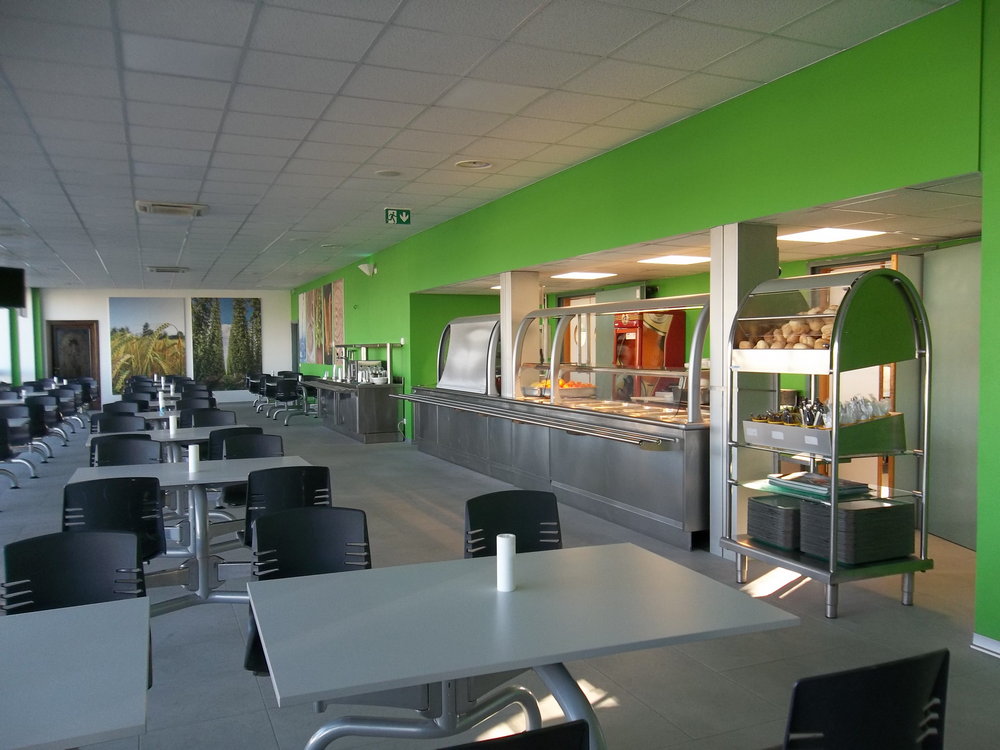 In the 2014-2015 biennium different projects in the production of Beer were realized. Specifically we carried out four activities very different among one another, but equally important.

THE STUDY OF HEINEKEN PLANT DESIGN
In order to give unity and improve the image of Heineken factory, located in Bergamo province, we have studied colours, security, details and codes that we applied to all the areas making safe and pleasant the ruote taken within the factory. In those places where the plants passage could make less harmonious the various buildings, we studied coloured grids systems, but removable for all maintenance kinds .
For factory security reasons we do not publish pictures.

HEINEKEN CANTEEN
For its plant in Bergamo we also made the project for the company canteen. The original canteen was characterized by a strange dissonance among their series of colours.
Our project purpose was to restore the environment to be identified as the Heineken canteen.
In addition to the purpose to give uniformity to the factory image two things were basic:

The construction was carried out thanks to the workers already partners of the company, at very high speed.
For the walls we selected very large images that represent the origin of Beer, therefore the substances to the production start. 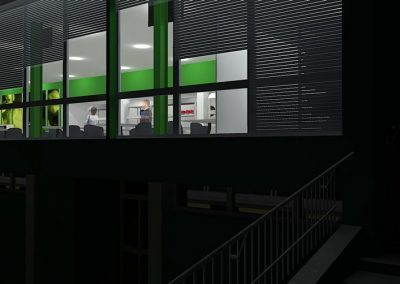 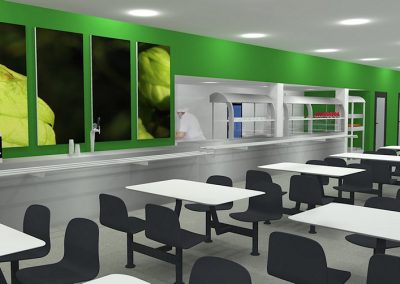 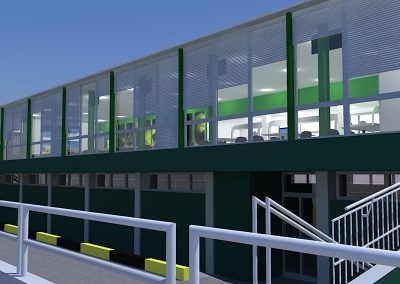 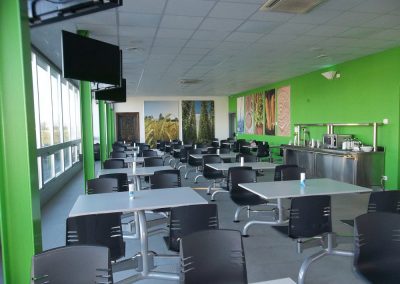 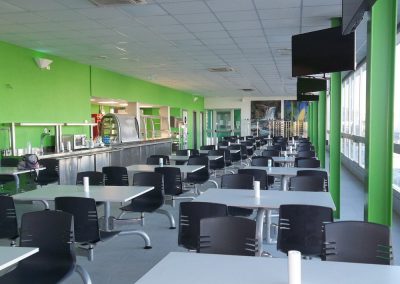 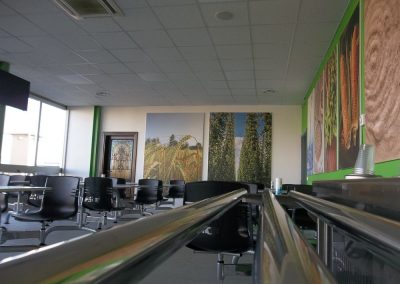 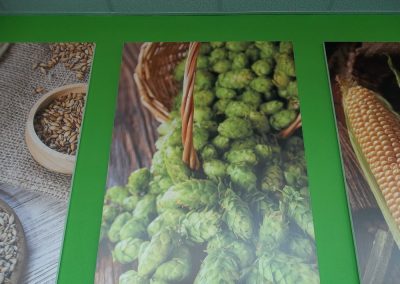 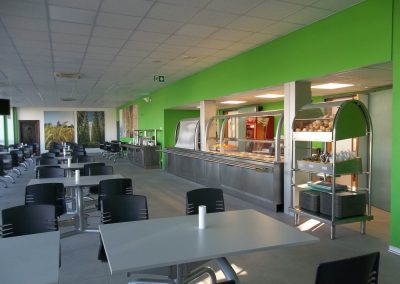 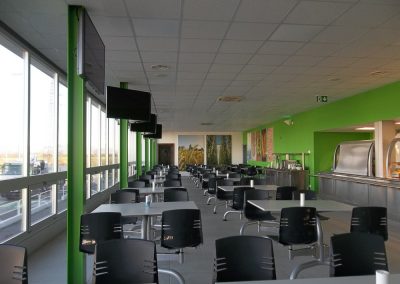 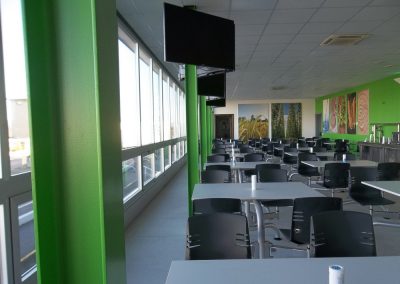 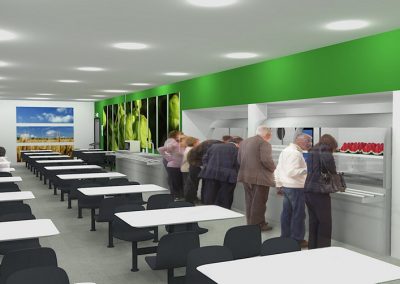 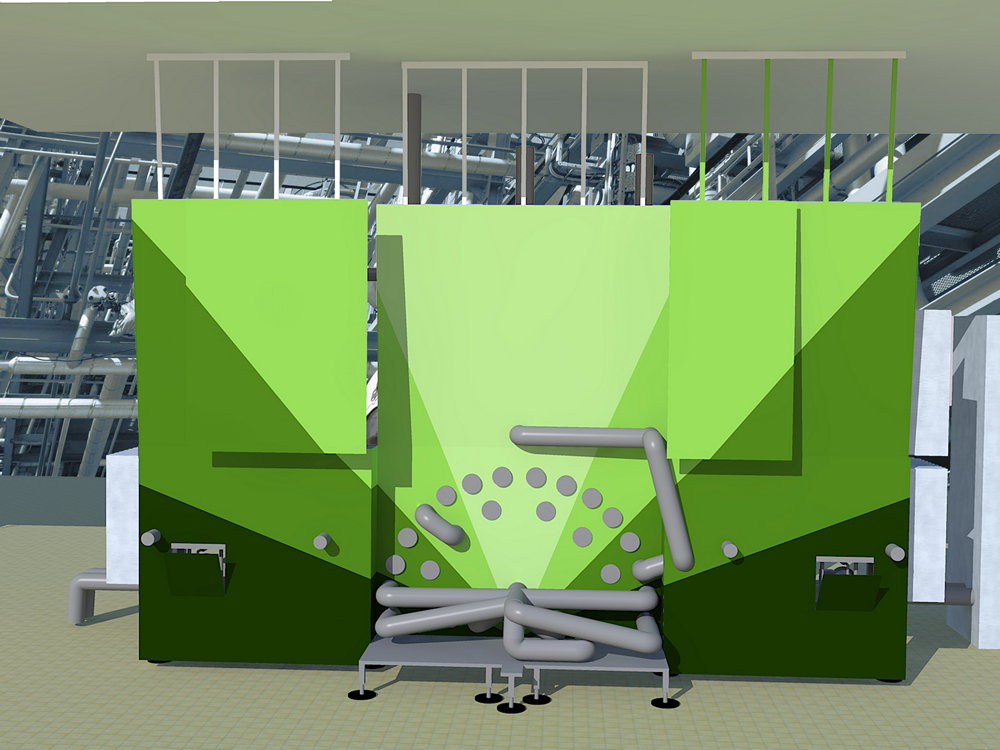 Besides, for the factory of Bergamo it has been made a series of studies for the plant camouflage. Also in this case we can only publish photos of the project due to security concerns. 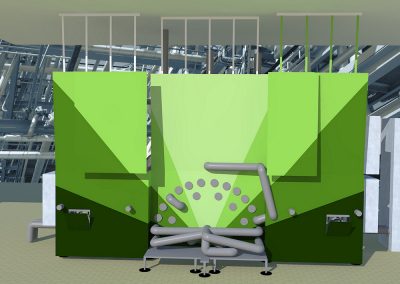 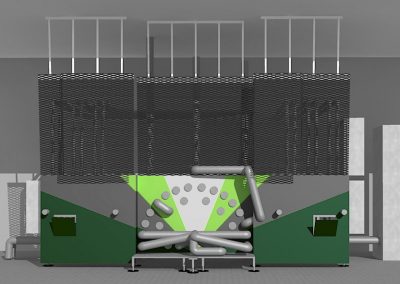 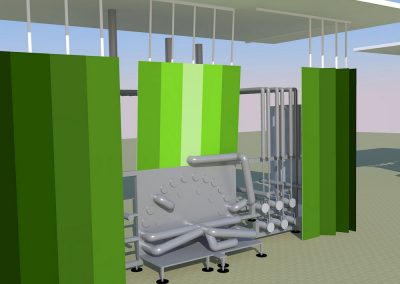 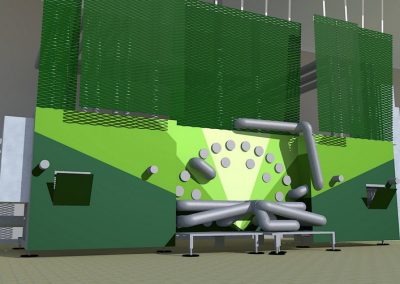 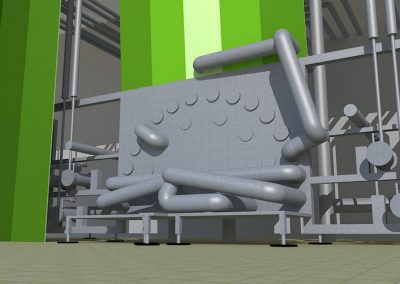 In 2014 along with Dr Beltrame we ran the project for the construction of a beer production plant for a Bergamo area manufacturer. Consequently, having to be built near the hops growing area of the property, and this area being hill, this is a project born with a buried portion (hipogeal) for the production , and one at field level for offices and reception.
Thanks to the stairwell joining the two environments, designed in the shape of an inverted cone which accentuate the chimney effect, the heat produced by the activity is exploited for the heating of the upper floor and to dissipate the excessive heat.

With regard to the part emerging from the ground, cover is designed with forms similar to those of hilly area, almost to hide from view the plant.
The system of coverage provides for the use of a golden mesh; this device has been studied to give the internal environments the beer colour light.
Actually the lighting has been a pillar of the project so much that we decided to call the project “lumi- biere”.
The whole building has been designed to maximize the light, to remove it when the solar beam may be a problem , and to get the natural light even in the basement, again exploiting the stairwell at inverted cone. 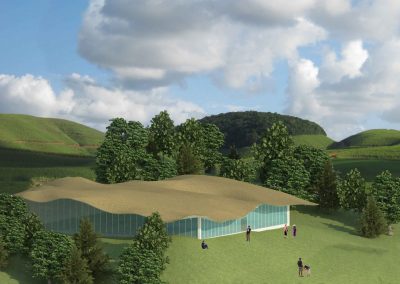 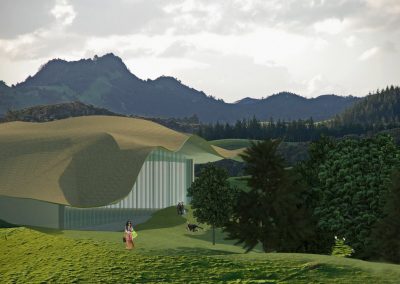 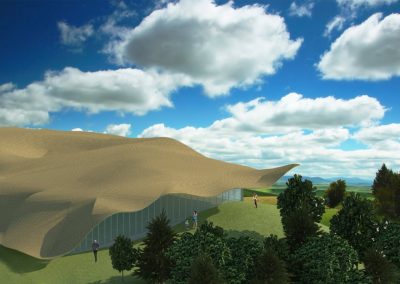